It's been a while since I wanted to do this! My lj will become semi-friends only! All that is related to fandoms will stay public and when I want to post something more personal it will be friend locked!
So I guess it will be a 30% public / 70% f-locked. 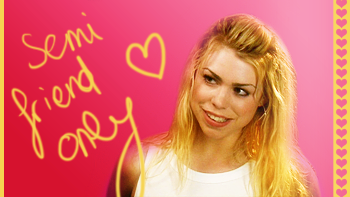 > If you're searching my icons,
they're all posted @

If you want to be added back, don't hesitate to comment here,
if you think we have some interests in common, drop a comment! :)

I'm so late for this, but it took me too much time to write it!
First of all, these 2 days have been awesome! I wish I could have stayed all day on Sunday but I had to leave to get my train, because Steven Moffat was brilliant as well as the Merlin cast, these guys are amazing and so much fun!

If you want to use the pics or vids, please ask me first! Thank you!

I saw Harry Potter 7, part 2 yesterday and loved it!
It was so EPIC! Really awesome! I was not desappointed with this movie, the saga ended in a bang and that's what I waited!

I thought I might do this from now on, a recap of the icons I made the past month, so a bit late but May recap! :)

All in different posts @

- New layout! It's been a while that I try new layout but none was fully pleasing me so, I kept the same. But I found this one and I like it so far (I personalised it a bit, as in I kept the purple background or else it was too different and was bugging me! :)

- I am also a bit obsessed these days for a show I didn't watch or read, but that was talked and iconed all over the place, yes, that one: Game of Thrones! It was driving me nuts because I didn't want to watch it (in fear of the violence and stuff like that, that I can't stand these days) and everyone on Tumblr posts stuff about it, my favorites icon makers icons it and my flist is talking about it, as well as the website I read tv show reviews. And of course, everyone saying how great it is!
So, to be short, I gave up yesterday! I watched the 1st ep and am around the middle of ep 2! As I know everything almost by heart before I even watched it, I knew all the names (which helps because there are so many!!) and being spoiled I know more or less when not to watch to avoid irk stuff that I can't stand!
So that was a lesson about how to drive a person nuts about a tv show and forces her to watch it and makes her obsessed with it to make it the thing she thinks about all the time! ^^'

It's been a couple of weeks that I wanted to post my review for Christopher and His Kind and never got the time to write it!
As it's been broadcast in France and Germany first on Arte (a bilingual channel), I got the chance to watch it in my own language before the BBC decided to finally release it too... (for once we had things 1st! ^^)( Collapse )

> And I made some icons, posted here:

Trailer I made for

scifiland a couple of months ago and never posted here. It was a trailer challenge on any subject we like, so I chose Doctor Who and one of my fav ep. 'Turn Left' (4x10)! I love alternate!universe stories and here we also have the big return of Rose Tyler, so what's not to love?! ^^

It's been a while since I wanted to post this here and never took the time to do it!
So here it is! A necklace inspired by Sherlock and more particularly by the 1st ep! :) 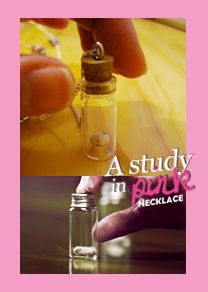 I was beginning a new Sherlock fanvid when this happened! Perfect song for a fandom I hadn't vid before! And here I was, ripping all the sources and spending the week on this one! (I don't abandon the idea of the Sherlock one, though)

Music : Down the Drain - Lilly Wood & The Prick
Spoilers: Until the end of Series 3.

> I made a small picspam to celebrate this season here! ;)
Merry Christmas and Happy Holidays you all!!! :D

And I leave you with this adorkable trio!
Matt Smith, Karen Gillan and Arthur Darwill! lol
Collapse